What to expect when Tiger hits Augusta

It has become a public relations case study, unfolding before our very eyes. An international figure facing a major personal crisis. With the Masters golf tournament approaching, the eyes of all my public relations colleagues will be glued to the TV and other news mediums to see what happens next.

Early in this saga, within the first few days and weeks of the famous Thanksgiving night car crash, some news columnists suggested this story was none of our business. I said here they were wrong and I think that argument has since been proven ridiculous. The actions of a top CEO - Tiger is head of a major business enterprise - can have significant consequences if they impact the operations and financial outcomes. In Tiger's case, he had built an image that was integral to the success of his enterprise. That image included being a family man and someone we could respect because he appeared to be living his life in an ethical manner.

So, for us PR folks, we now are wondering how Tiger will recover, and how much he can recover. This is what we have seen from Tiger, so far: Silence, entering rehab, a very scripted public apology, back to rehab, an announcement he'll return to golf, two interviews with time limitations ("hope fans like me and some topics are still a private matter"), Tiger seen swinging a golf club at Augusta.

The next huge step is when he returns to the links. Tiger must play golf. That is his business, both from the prize money of a tournament and from the endorsements. He lost all but two major sponsors.

Tiger was very shrewd in selecting the Masters for his return. Fan decorum rules at this prestigious course will help control any public outbursts that would be captured on camera. At least, around the links. Augusta can't control what happens outside, or when the world's media roam the course to interview fans. A few other writers have their own view of why Augusta is a prime location for Tiger.

Here is my prediction. The stories at Augusta will be (a) fan reaction and countless "man-on-the-street" interviews, (b) Tiger's game - can he play under this stress?, (c) endless recaps of Tiger's saga, (d) a look at the media covering this event, (e) why other players are upset by the distraction, (f) oh, yeah, the guy who won the 2010 Masters - and it won't be Tiger, and (g) assessments after assessments of how did Tiger fare? And multiple stories in between. Will Tiger take Arnold Palmer's advice to be more open with the media?

What is not known is whether Tiger will visit the press room during the match to take questions. He'll have to if he wins. Will CBS call him into the booth? Likely. But don't expect much.

In my view, the days following the Masters will be the most important. Ari Fleischer won't be there to guide him. Tiger will have gotten this "first-game-back" off his back and will be looking for normalcy on the horizon. And that includes his family.

No, the most crucial days for Tiger and the rebuilding of his empire will be following Augusta. The fan reaction at the next golf tournament, his ability to control his message, will he remain married and his ability to show remorse - in a genuine way.

The World Water Day no one knows 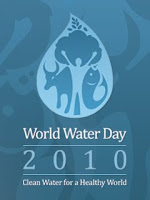 It's the first Monday of Spring. It's also World Water Day,(that link is sort of a "fake site - the real Web site is here) an event via the United Nations that will go largely unnoticed in the United States.

Only a few water geeks, some environmental organizations and a couple of water agencies are mustering any kind of "event" to draw attention to one of the planet's most serious issues - clean water.

For a public relations professional, this is both troubling and perplexing.

First, let's talk about this day. There is much to contemplate today, and possibly a few steps for you to take. For starters, you can donate to a great charity to help provide clean water in Haiti. Or, buy something and support Southern California's Heal the Bay (Yuck - only because it's so, so, well, cheap?). Or, sign up for a water forum in Orange County. Or, read the April issue of National Geographic and find out about CA's problems. Or,read about one possible, but expensive, solution to the Golden State's problems. (Perhaps CA's "water day" will be the Nov. 2)?

Sadly, in Los Angeles, World Water Day 2010 is a non-event (you may have missed a forum last week at the natural history museum). In fact, World Water Day in the U.S. is just a smattering of events across the country. One of CA's most visible water guru is not even in our state.

How did this happen? How did a major United Nations effort simply fade to black in a country that affect the greatest positive change? The "haves" are not engaged.

Any public relations pro will tell you that keeping a major initiative "top of mind" requires a strategic campaign, constant marketing efforts, broad support from the federal government and state governments, cool events and partners (preferably corporate ones). And, in today's world, a strong social media effort.

None of this exists with the U.N. World Water Day. At least, not in the U.S.

It's not enough to throw up a pretty Web site and hope people see it. It's not enough to get a "few" children in the U.S. engaged by wearing a T-shirt for a day. Giving out ideas about how to conduct a World Water Day event in "your city" without any follow-up push is like asking someone to trim a tree without shears. The U.N. is not lacking for money to do some publicity.

So, how about we - the public relations profession - gather (virtually, of course) and develop a campaign that makes World Water Day 2011 the biggest ever in the United States?

Come back here to see how this develops.
Posted by PR in Los Angeles at 8:26 AM No comments:

One way to stimulate the economy 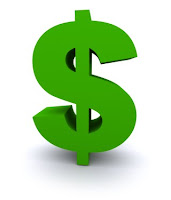 CA elections can reap rewards for some of the Golden state's top campaign firms and advisers.

This year looks like public affairs shops, individual consultants, advertising groups and others will reap significant gains. Millions will flow into CA organizations. And, just in time for a few.

While much of the focus has been on the governor's race, where candidates are employing multiple consultants, some of the real cash is on the propositions.

And that is just for the June election. The November propositions, like the $11 million state water bond, are already on pace for record expenditures from the "for" and "against" teams.

Check back here for a tally, soon.
Posted by PR in Los Angeles at 4:16 PM 2 comments:

When I was switching careers from journalism to public relations more than 15 years ago, I had the benefit of a father who was considered a leader in the industry. He suggested I meet a few of his colleagues for what were essentially informational interviews. Many of these executives and managers would point out some required reading, and almost all pointed to O'Dwyer's annual ranking of public relations firms as a starting point when looking at places where I may want to work. They also suggested I get his annual directory.

Missing from this list is Waggener Edstrom, which in prior years would have ranked second.
Read Waggener's explanation here. And, make sure you read the comments for O'Dwyer's lengthy counter, which can also be found on his blog. Eight other firms are missing, including one of my favorites - Peppercom. PRNewswer interviews Jack about "why." O"Dwyer's offers its own explanation here.

The issue revolves around O'Dwyer's asking firms to pay to be listed, and because Jack was personally offended by how some firms treat him.

Of course, the real story is - or should be - how firms did financially in 2009. The list confirms the "heard-on-the-street" talk that this firm or that firm was struggling and laying off staff in a tough economy. For us in Los Angeles, the list is a great insight into the success of some well-known agencies as well as a chance to see how some start-ups are faring.

There are some positive stories in CA, like with Allison and Partners, IW Group, VPE, Edge, and Idea Hall. Sadly, there were more CA firms reporting declines in revenue than gainers. This simply confirms what we were hearing in 2009. (And, see how some firms reported success with a small staff!)

2010 appears brighter, based on the number of RFPs being posted in CA and talk on the street.

Yet, it's hard to know whether the O'Dwyer list will remain relevant. It's hard to find another U.S.-based news outlet where the publisher/owner lets personal bias and feelings enter so prominently into the public arena. (Does anyone see the irony that in the "comment" section of O'Dwyer stories they do not allow "personal attacks"?)

It's hard to see how O'Dwyer can remain in business or expect to keep/build readership when he is constantly biting the hand that feeds him. In an era where trust is so important to news outlets, how can O'Dwyer expect his readers to believe a PR firm list is accurate when he purposefully leaves off agencies because they did not pay for the ranking or they refused to talk to him? How can the O'Dwyer news columns be trusted if the reader has to decipher Jack's own "codes" - like "NANA" to describe the Public Relations Society of America?

This is the former journalist in me. A company refuses to talk to you or give you information? A typical newspaper would fight around the stonewalling and still find a way to report the numbers. We expect this of a newspaper and, in turn, this kind of reporting earns our trust.

O'Dwyer's is needed in the public relations industry. There is plenty of news to cover, plenty of room for comprehensive coverage of the industry. I would have rather seen more in-depth coverage about why some firms showed revenue gains in 2009, comparisons about staffing levels, etc. This is more meaningful news that I can use.

But, honestly, can I recommend to an up and coming public relations professional or college graduate that O'Dwyer's list is recommended reading? Jack? Think about the principles of journalism first.
Posted by PR in Los Angeles at 7:08 AM No comments: